I’ve been working with custom fields in FLEx and WeSay enough to feel the need to figure out what is really going on. The goal is to be able to straightforwardly create custom fields in one or the the other that are editable and round-trip-able in the other. To do this, I’m going to look into the interface of each program, and see what impact adding fields has on the LIFT (and config, for WeSay) file. Today I’m making a field in WeSay, and seeing what it looks like there, and then in FLEx. 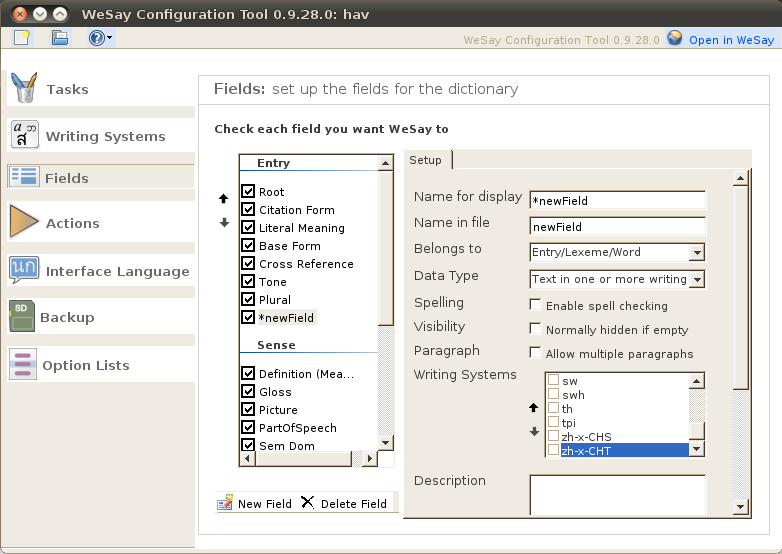 Once you save and exit, you get a section under the <fields> node in the WeSayConfig file that looks like this:

Returning to WeSay, one can add some bogus info to this field in one of the records: 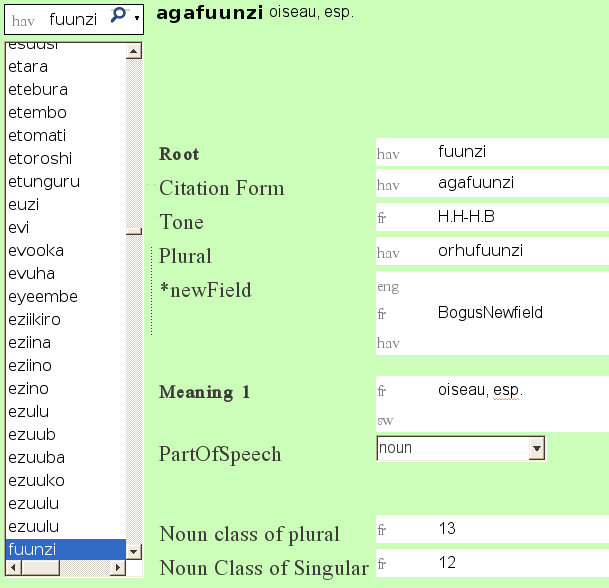 Closing out WeSay and looking at the LIFT file, we see the following under this entry (between <lexical-unit> and the first <sense>):

Putting this all together, we see that

I was happy to see that the field created in WeSay shows up under FLEx custom fields (after importing the WeSay LIFT file): 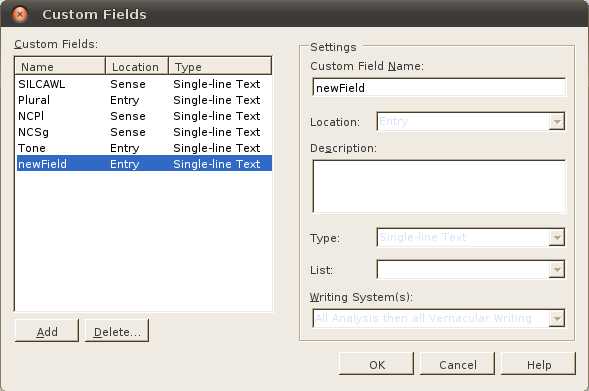 Note that Location, Type, and Writing System(s) are all grayed out. There may be some way of modifying these settings in FLEx once they have been set in WeSay, but isn’t obvious at first glance. Here is the field in the lexicon editor: 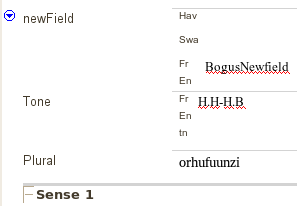 I had to select ‘Show Hidden Fields’ to be able to see it the first time for some reason. But then I deselected it, and the field remained visible.
Note that the label in FLEx is ‘newField,’ without the asterisk, which comes from the type attribute of the field in the LIFT file. As far as I can see, there is no Distinction between file and display names in FLEx. This is appropriate for at least the following two reasons:

Notes for Creating fields in WeSay to be imported to FLEx