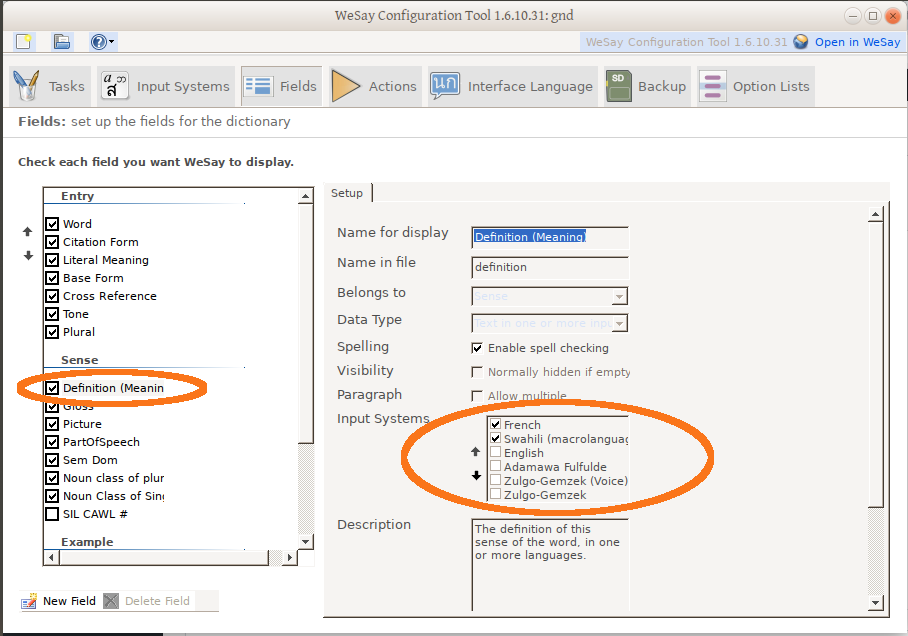 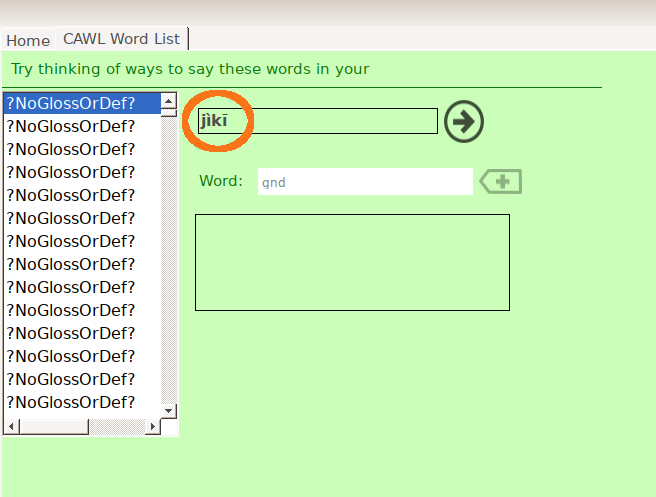 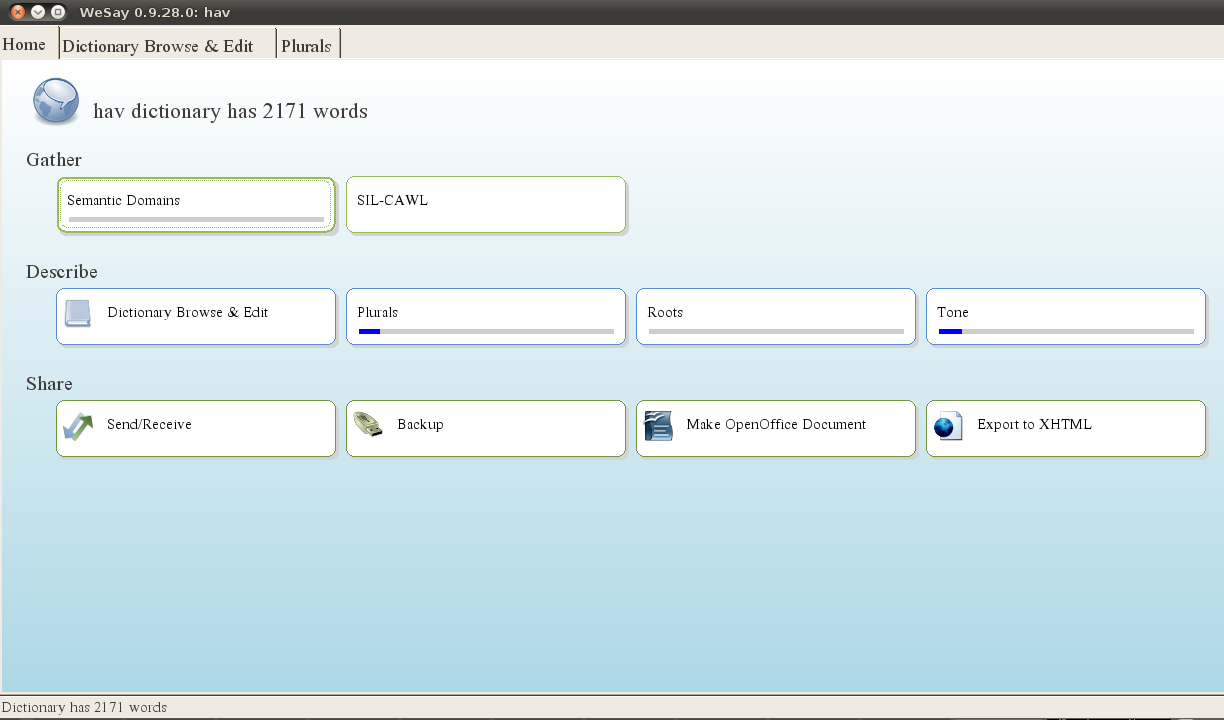 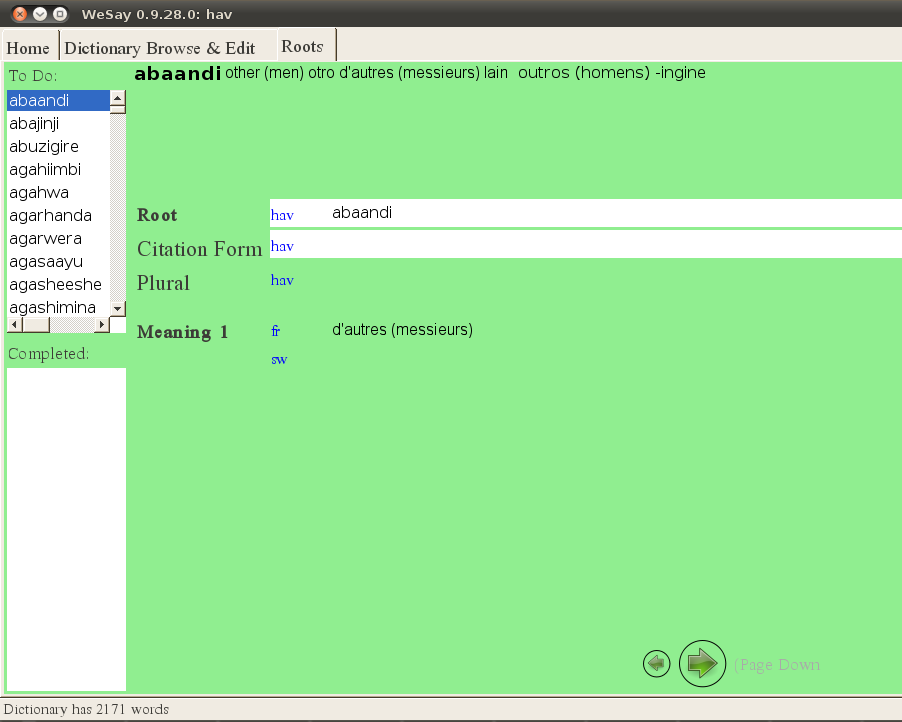 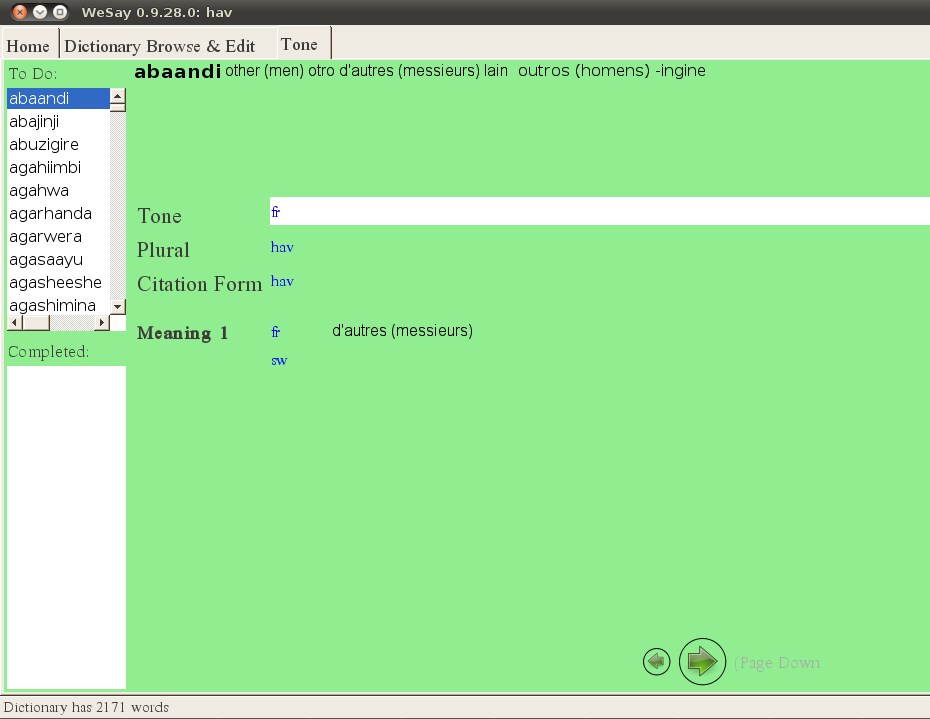 I found out today that the tasks in WeSay are more configurable than I had thought. I add a “Plural” field to any language project I work in, but until today we have been stuck inputting that either in FLEx (i.e., by me) or in “Dictionary Browse & Edit,” which is unideal at best.
Looking at the config file (in a text editor — make a copy first, etc.!), there are a number of <task/> nodes, several of which have the taskName attribute of “AddMissingInfo.” This appears to be a generic task (unlike some of the others), that comes with a number of options, and can be used multiple times.
In addition to the labeling, there is a field it checks for (if that field is populated, the record doesn’t show in the task), fields it shows as editable, and fields that are shown, but not editable. I don’t know what the last two do, since they are always empty nodes (in all the tasks in my config, anyway). I found out (by trying) that if you tell it to look for a field that isn’t there, it will crash (so make your new fields, then the tasks to add them). I think if you tell it to display a field that isn’t there, it simply won’t. Here is my task node for the new “Add Plurals” task from my config file: 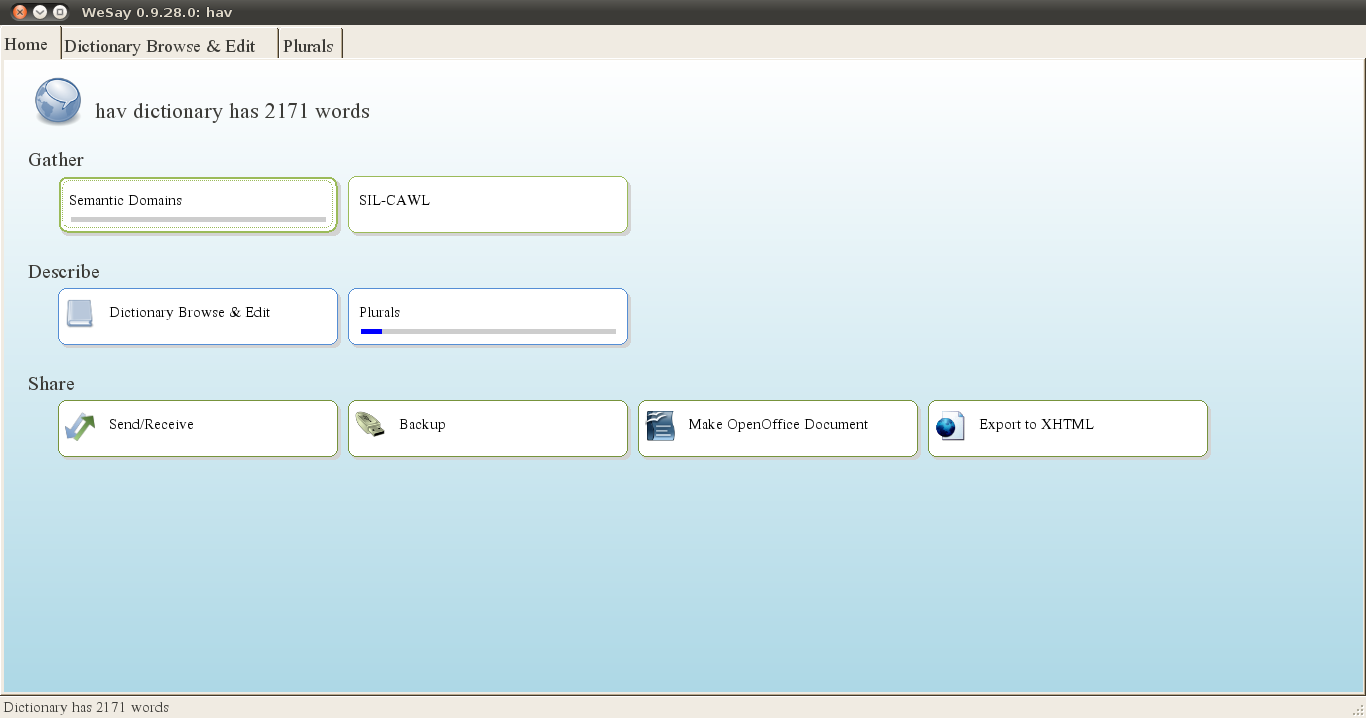 and Here is the page for the new task: 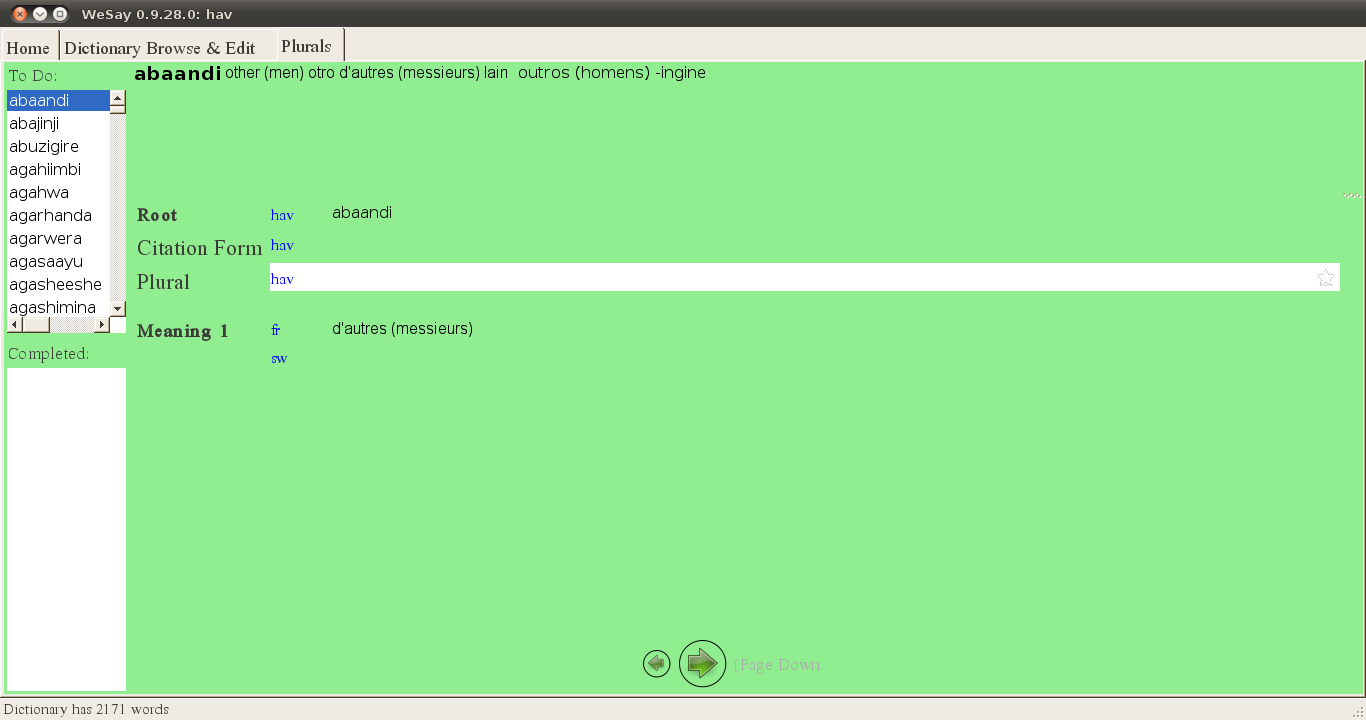